The rule stipulations for building a vehicle merely stated that it had to be capable of navigating Terman Pond when filled with water.  Though most teams chose to pursue a boat design, we chose to pursue something more novel and built a vehicle with wheels.  The vehicle had 2 wheels on one end and flotation on the other causing the wheeled end to cantilever towards the bottom of the pond.  The wheels turning at different speeds pulled the robot around carrying the floating platform behind it. 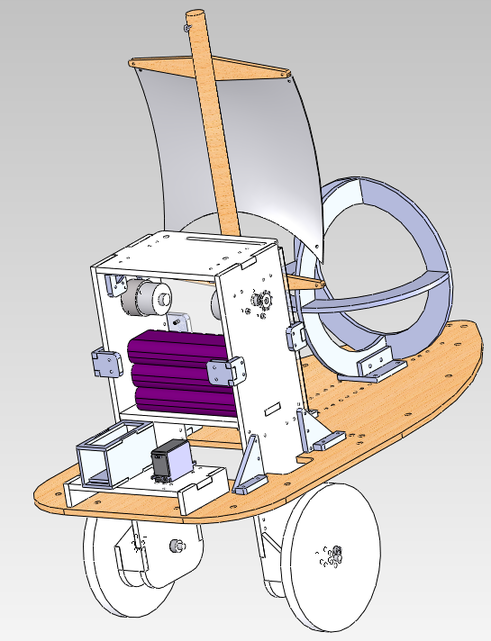 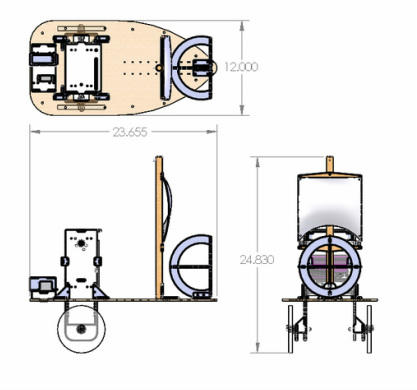 We had two high torque motors that used a chain to drive two wheels.  The wheels were placed on CNC'd hubs and were removable to allow interchangeability with different size wheels.  The chain drive, wheeled platform allowed great maneuverability in the water as our team could cause the boat to sit still by not driving the wheels.

When checking fountain depth before the competition, we found the water depth to be about 6 inches.  However, with the fountains being shut off, and other fluctuations in height, we found it appropriate to build our robot to be height adjustable.  The main deck used supports that could be mounted at varying heights on the drive train.  These allowed us to vary height of the floating main deck based on the water conditions on the day of the competition.  This feature was vindicated when we found that the water level in the fountain increased a couple inches at some point during the project duration. 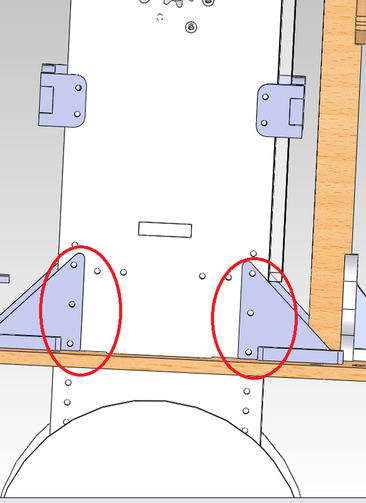 We thought it would be novel to have a linearly actuating popping assembly resembling the plank on a pirate ship.  We used a servo to actuate an arm that moved a constrained platform forwards and backwards.  On this assembly was a lego figurine with a miniature harpoon (needle).  Upon receiving a pop command, the platform would protrude out 2 inches quickly, popping balloons in its path.  During the game our popper successfully popped a balloon.

In addition to full sails that indicated our team number, we also had an eyelet on the mast supporting 2 flags.  A servo would pull a string in either of two ways to indicate whether the HZV was connected or disconnected from a LUC.

The Balloon Monitor was on every HZV.  This balloon held down a switch that indicated that the HZV was currently a human.  If a boat popped the balloon located in the balloon monitor, the switch lever would lift causing the HZV to shift itself into zombie mode.  In zombie mode, the maneuverability of the HZV was decreased, and it was also subject to Necromancer broadcasted commands that could alter its controllability. 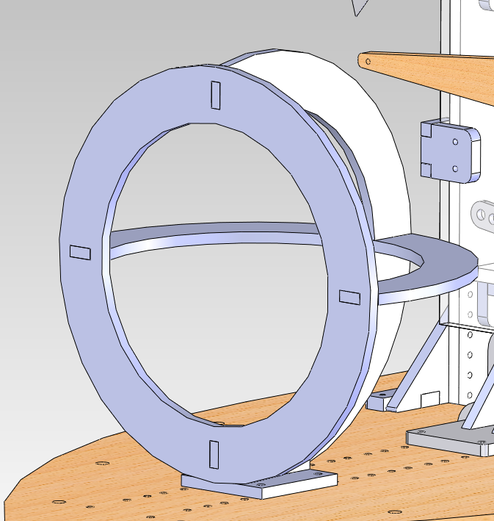